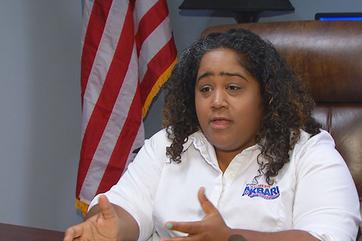 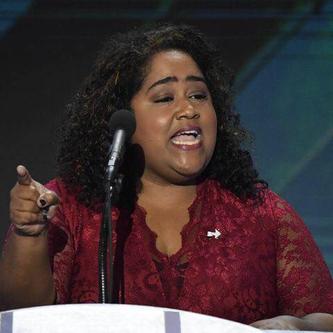 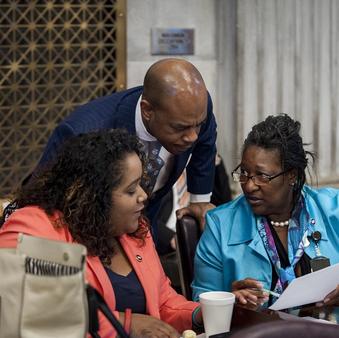 A graduate of Washington university and the saint louis university school of law, senator Akbari is currently chair of the senate democratic caucus, former chair of the Tennessee black caucus of state legislators; treasurer of the national black caucus of state legislators (NBCSL); a state director within women in government; and financial secretary of NOBEL., the national organization of black elected legislative women.

She is the recipient of several honors and awards from the council of state governments and its affiliated southern leadership conference; the national council of state legislatures; the state legislative leaders foundation; NBCSL; NOBEL.; the national juvenile justice network; and governing magazine’s governing institute for outstanding appointed or elected women officials. In her home city, she has received honors from the Memphis flyer and the new tristate defender, two area news publications; the Memphis chapter of the National Coalition of 100 Black Women, Inc.; and such advocacy groups as SisterReach, Inc.; and Mothers of the Nile, Inc.

Senator Akbari has represented Tennessee by participating in programs in Canada, Australia and china, and most recently, by being one of the invited participants in the transatlantic inclusion leaders network (TILN), a network of young elected leaders representing 21st century policymakers. A program of the German Marshall Fund of the United States, TILN fosters collaboration on issues and policy affecting people around the world.

A most special honor occurred two years ago, when she was invited by the democratic national committee to speak before the 2016 democratic national convention in Philadelphia. Her rousing speech generated enthusiasm and interest from those attending the convention, as well as those viewing the proceedings in homes all across America.

Akbari continues to introduce legislation affecting education and educational policy, criminal justice reform, job growth incentives, and other areas that affect her constituents as well as Tennesseans from all walks of life. One of her recent bills has now become law, reducing the amount needed for expungement of certain offenses from criminal records. For persons looking to turn their lives around, this will have a significant impact on their ability to seek gainful employment.

She is proud to be from Memphis and hopes to continue representing its people with dignity and purpose.